Today I’m sharing another school-aged program that I organized for a class of first graders and also changed around to offer it to the public. Often when I have a class visiting the library, they’re a little squirmy from being in a new place. So for this class, I began the program by playing a couple short movement songs from the movies. The first was Up, Down and Touch the Ground from the Disney album, Songs and Story: Winnie the Pooh and the Honey Tree. I told them Winnie the Pooh is little bit round and fluffy and sometimes he needs to make more room for honey in his tummy by exercising. I had them bobbing up and down, turning in circles, and waving their arms jumping jack-style, just like in the movie. Next, I told them that one of Pooh’s best friends is Tigger and what does he like to do? Bounce! So we bounced to the song, The Wonderful Thing About Tiggers, which you can find on the album, Disney’s Greatest Vol. 3. (I happen to have free access to both albums through our library, but I bet you could also easily bring them up on Youtube. I won’t tell on you.) Right before the program, I realized I should have picked out a selection from one of the books to read, but the only thing I had on hand was a board book, so I just didn’t read. The kids didn’t mind. I had them sit down and pointed out all the stations with different characters. I asked them who their favorite character is and had them describe the characters, too. Tigger was the victor for favorites. Finally, I broke up the class into three groups and began rotating them through the stations. There was one for Kanga, and since she likes to make things, her station was for making a craft.

I whipped up a Winnie the Pooh puppet using a coloring sheet and shirts I made. The kids had to cut out the pieces, paste, and color. There was also a station for Gopher that was a little bit of science. Gopher likes to dig and occasionally he has to blow something up. At his station, kids experimented with vinegar and water to see if they could make baking soda dough fizz and “explode.”

For the first round of kids at the table, I had the baking soda premade. For the next groups, I helped them measure and make the balls as we went. For everyone, I asked them to feel the dough. Was it warm or cold? I also had them smell what was in their spray bottles–water and vinegar. I asked them to spray the dough with each and see what happened. As they watched the reactions and gleefully kept spraying, filling their bowls with water and vinegar until it was barely bubbling mush, I told them that vinegar is an acid and baking soda is a base. When the two meet up, they get so excited that they move all around and trade places and that we see this as fizzing. I had them feel the vinegar so that they could see it was an acid that’s safe to touch. We needed lots and lots of napkins for this station, but there was definitely some learning going on and it was fun to watch. One of the kids had the bright idea to put baking soda into the vinegar bottle and that got everyone giggling and trying new things. It was a big mess, but it was fun for them. Our third station was for Eeyore. Since he’s always losing his tail, the kids had to go into the library to find a tail for him. I made three trails of circles for the kids to follow, each leading them to a container. Only one contained the tails, though. Everyone could find one tail and bring it back to take onto our Eeyore. Here’s a link with this printable activity. 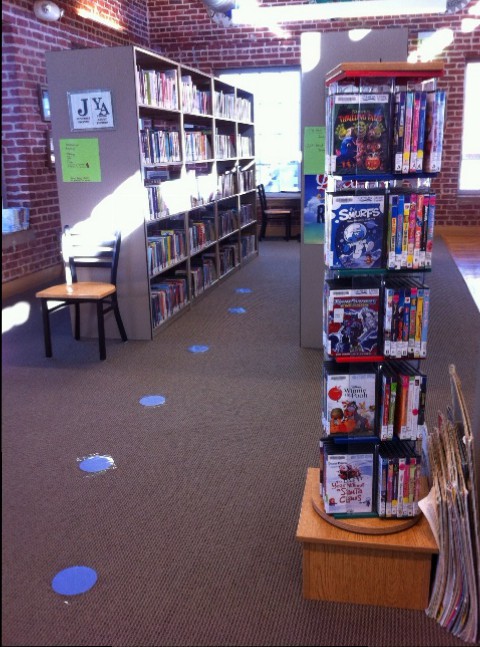 After everyone had to chance to play at all the stations, their teacher helped me clear the tables and serve a snack to the kids before they went back to class. The program went extremely well and everyone had a chance to check out books while they were in the library, searching for tails. The next day, when I offered the program again for the public, I only took away the science station and instead opted for a heffalump knockdown game. I created and pasted 5 heffalump faces to boxes we had around the office and let kids toss bean bags at them. (Here’s a link to my template. Feel free to use it to make your own heffalump game!  A volunteer at this station kept a few kids entertained for literally hours while she stacked the boxes in various angry birds-style formations. 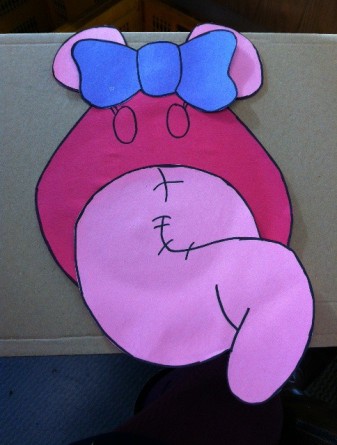 All of the activities were winners with the kids. Here’s another Winnie the Pooh program by a fellow NC librarian with even more ideas: http://whatisbridgetreading.blogspot.ca/2014/02/winnie-pooh-party.html

Did this post help you? It took around 2 hours of my personal time to share with you. If you would like to send me a dollar for my time, I would not be opposed.

3 thoughts on “Winnie the Pooh Party”

Adventures of a children's librarian

Where the wild (about story-time) things are.

A lover of palindromes, baby brains and libraries

the noisy, messy, unruly adventures of a Teen Services librarian

Notes from a future youth librarian

read it, learn it, pass it on

Sunflower Storytime
You Are Made of Awesome

wife. mom. artist. teacher. not necessarily in that order, but maybe.

A community of readers

After school programs for children

Engaging programs to keep kids coming back to the library

Adventures in Library Programming and Storytimes